As a doctor, many of my patients, friends, and family often ask for dietary advice. They simply want to know what I eat and which foods have the most nutritional content and health benefits. And I’m always happy to share my favorites, which include avocados, sweet potatoes, mangoes, almonds, figs, and more. Also making the list? Arugula! And there’s a special reason why: Arugula benefits are simply amazing.

Versatile and easy to add to many different foods, arugula is one of my top greens. As a result, I consume it on a regular basis—and recommend that others follow suit. But I’ve found that many people aren’t as familiar with arugula as they are other green leafy vegetables. So, let’s review what makes arugula so healthy, some of the top arugula benefits for your health and wellbeing, and some quick and easy ways you can add it to the foods you already know and love!

What Makes Arugula So Healthy?

Arugula is a green leafy cruciferous vegetable that’s high in nutrients. This is important to note because cruciferous vegetables are known to be excellent sources of vitamins A, C, and K. They also contain minerals such as folate and phytonutrients, which help fight inflammation and, as a result, help prevent harmful diseases.

Arugula also contains significant amounts of calcium, iron, potassium, and more, making it a truly powerful source of nutrition. As a result, it’s actually one of the top foods for detoxifying your liver.

In fact, studies have shown that isothiocyanates (small molecules derived from the glucosinolates, or sulfur-containing compounds, found in cruciferous vegetables) increase the detoxification of carcinogens in the body. [1]

A 2018 study revealed there are 12 nutrients that help to prevent and even treat depressive disorders. These nutrients are: folate, iron, omega-3 fatty acids, magnesium, potassium, selenium, thiamine, vitamin A, vitamin B6, vitamin B12, vitamin C, and zinc.

Interestingly, when it comes to arugula, it’s quite easy to get more of it into your diet. You can eat it raw and simply add it into your salad or sandwich. But you can also sauté it lightly and add it on top of savory dishes, such as pizza or pasta.

Now that we’ve discussed the nutritional content of arugula, the benefits of cruciferous vegetables, and even how to get more arugula into your diet, let’s get a little more specific. Keep reading for information on the top arugula benefits!

So, what are the benefits of eating arugula? Take a look at six of the most surprising arugula health benefits below.

As I mentioned above, arugula is rich in vitamin K, with one cup containing 21.8 micrograms of vitamin K. But what you may not now is that vitamin K is incredibly important for your bone health. Why? Well, without vitamin K, your body can’t absorb calcium properly.

In fact, numerous studies have shown that vitamin K not only helps to increase bone mineral density in people with osteoporosis, but it also helps to reduce their fracture rates! [3] Moreover, additional studies have shown that vitamin K can be especially beneficial to postmenopausal women by providing significant improvements in their bone mineral density. [4]

So, thanks to its vast amounts of vitamin K, arugula benefits your bone health and may even help fight osteoporosis.

When it comes to maintaining healthy blood sugar levels, it’s no surprise that eating plant-based foods is the key.

In fact, a 2019 meta-analysis of nine studies covering over 300,000 participants revealed that people who adhere to a plant-based diet have a 23 percent lower risk of developing diabetes than those who don’t. [5]

Additionally, plant-based diets have also been shown to reduce stress. A 2009 study showed that participants who reduced their animal-based food intake experience elevated moods and felt less stress and anxiety. [6]

Here’s where this all comes together: Because arugula is rich in alpha-lipoic acid (an antioxidant known to help lower glucose levels), one of the biggest arugula benefits is that it can actually help to counteract stress-induced changes in your blood sugar levels! How incredible is that? Studies have even shown that alpha-lipoic acid can benefit patients with diabetic neuropathy. [7]

Dehydration is a natural occurrence that happens anytime your body uses or loses more water than it needs to function properly. If you’re able to replace these fluids, you will resolve the dehydration by becoming properly hydrated. But, if not, it can cause a myriad of concerns—from simply feeling a little “off” to constituting a medical emergency.

Contrary to popular belief, staying hydrated is about more than just drinking enough water. While I do recommend drinking half your body weight in ounces of water daily, I’ve also found that consuming hydrating foods is key as well. Luckily, one of the most interesting arugula benefits is its ability to promote hydration.

You may be surprised to learn that arugula is actually made up of about 90 percent water. This makes it a great hydrating food. Not only that, but studies have shown that simply adhering to a plant-based diet, which is high in nutrients, can also help ensure that you consume plenty of water-rich foods. [9, 10] Sounds like a win-win, right?

We discussed above how the isothiocyanates in arugula have cancer-fighting properties. But did you know that they’re also known to fight inflammation?

A 2013 study revealed that these isothiocyanates contained potent anti-inflammatory activity and inhibited the pro-inflammatory enzymes and cytokines in animal models. [11]

Because inflammation is often a precursor to many of our chronic diseases today, this arugula benefit alone is a great reason to incorporate more of this health-promoting vegetable into your diet!

Arugula has been used for its aphrodisiac properties for centuries. [13] Traditionally, arugula was believed to help rid the body of harmful toxins believed to lower libido. But that’s not all.

Due to its inflammation-fighting properties, arugula benefits not only whole-body health but also your libido.

Interestingly, numerous studies have linked inflammatory disorders with sexual dysfunction. [14, 15, 16, 17] But a 2013 study revealed that arugula extracts actually significantly increased testosterone levels and sperm activity in mice. Furthermore, the researchers found that the extract results in a significant decrease in sperm mortality and abnormalities. [18] As a result, the findings show that arugula benefits may include sexual function support.

Thanks to its high nutritious value and water content, arugula benefits extend to healthy weight management as well. As we’ve discussed, it’s also high in fiber, making it filling, which aids in satiety.

Interestingly, an analysis published in 2015 revealed that consuming a diet high in non-starchy vegetables, such as arugula and other cruciferous vegetables, is linked to higher satiety and less weight gain. [19]

Arugula is also notoriously low in calories, making this filling food a great option if you’re hungry but watching your food intake. 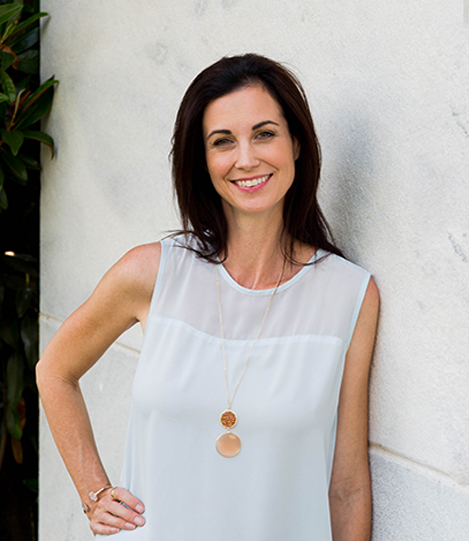